German melodic skate punkers Straightline have released a music video for their song “Generation Lost” (watch it now on YouTube). The song is taken from the band’s new album, Vanishing Values, available now through the Bird Attack Records’ Bandcamp. 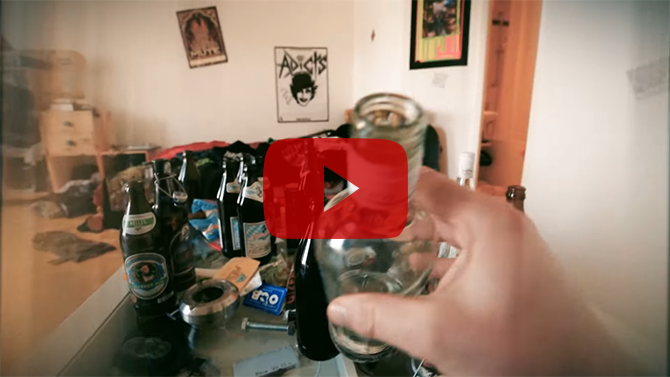 About Straightline:
Since the bands inception in the late ’90s, Straightline have been dousing the punk scene with a unique thrash metal / melodic punk sound with tons of blistering solos, blast beats and aggressive vocals to invigorate any fan of fast skate punk. The quartet, who reside in Munich, Germany, have three full-lengths and three EPs under their belt, filled with fiery metal riffs built on a punk rock backbone.

Having toured several times throughout Europe, Latin America, Japan and played festivals such as Punk Rock Holiday and Mighty Sounds, these guys are anything but rookies; they are veterans of shred and their continuing fan base growth brings in metal-heads and punk-rockers alike. They are never afraid to throw in a unique influence to their sound whether it be reggae, funk, jazz, which seems to set them apart from their peers and it brings an interesting dynamic to their live shows as the fans seem to ebb and flow with the bands amazingly-relentless stage performance.

Their latest album Vanishing Values brings the best styles of their past releases together in a 12-song package designed for one hell of a ride.

I Am The Avalanche Unleashes New Album ‘DIVE’

Blind House from way back when we could breath on

The Last Gang at the Commissary Lounge last year.

The Last Gang at the Commissary Lounge last year.